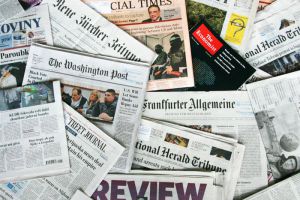 “Alexey Botvinov is the international star of classic piano scene”.

“Botvinov is one of the greatest interpreters of Rachmaninoff of our time! It’s so amazing to have such wonderful musicians!”

“Alexey Botvinov is now at the height of his world-wide career”.

“A.Botvinov is one of the most outstanding pianists of the modern age”.

“Botvinov knows his “Goldberg. Variations” like no one else does”.

“Botvinov – a famous young pianist, - was the soloist tonight. His performance was exceptional in every single detail…His romantic interpretation of Grieg inspired the audience to give Botvinov his deserved standing ovation”.

“The last to perform was Alexey Botvinov – a superstar of the classic music scene. His performance of the works of Chopin and Rachmaninoff was extremely refined, highly dramatic, sensitive and grand when it came to crescendos”.

“Few pianists in the world possess Botvinov’s high technical level and emotional depth of performance. He mesmerized our audience!”

“The performance of a Ukrainian pianist was sensational!”

Martin Ebel. “Zurich. Tonhalle. Alexey Botvinov – a famous expert on Rachmaninoff – shone in the first part of the most well-known Rachmaninoff’s concerto #2. No other music performance, perhaps, needs such a high level of concentration and hand, head and character combination. Being a virtuoso, Botvinov lived up to all our expectations. He ‘immersed’ himself into the sound of the orchestra and then ‘emerged’ out of it, easily overcoming the difficulties of the hardest mind-blowing passages. Fortunately, the conductor gave Botvinov all the freedom he needed to produce his cantilena sound. The event was sold out and the audience was thrilled with delight”.

“Alexey Botvinov is a magnificent pianist”.

“…performance was so convincingly pure and sincere”.

Unbeatable performance
Alexey Botvinov’s performance of Rachmaninoff’s piano concerto No. 3 accompanied by Schleswig – Holstein’s Symphony Orchestra (conducted by Michael Kutson) can be easily called unbeatable. Ukrainian pianist knows his music to perfection – Botvinov’s skilled hands made his grand piano sing magnificently. Indeed, this artful interpretation of both the soloist and the orchestra helped us experience a world of unreal power and richness of mysterious, sorrowful and sensual melodies – a lost world of the unblemished Beauty that belongs to the ultimate aristocratic Romantic.

“The performance of a Bach specialist Alexey Botvinov was full of harmony, internal tension and virtuosity”.

“Alexey Botvinov’s interpretation strikes a balance between wisdom and splendour”.

“… profound rendition of Bach melted the audience and became a big event”.