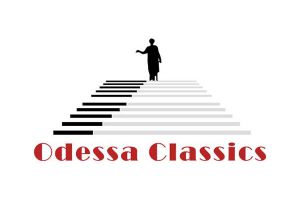 Every year at the beginning of June, since 2015, representatives of the world musical elite and the leading Ukrainian artists are coming to Odessa to visit the International music festival ODESSA CLASSICS.

At the heart of the festival lie different types of art forms. Musical, graphic, theatrical and literary arts can be found here.

However, the leading role in the ODESSA CLASSICS program is assigned to music. Outstanding masters of classical art – musicians, singers, conductors, orchestras are presented for the city with the help of the festival. A lot of them for the first time act in Odessa in particular and in Ukraine as a whole.

The concerts of stars of classics from many European countries have already been held in our city. Guests of a festival listened to resident performers of the world famous centers of classical and opera music, such as Berlin Philharmonic Hall, Carnegie Hall, Wigmore Hall, Pleyel Hall, La Scala, Metropolitan Opera, Covent Garden and the others.

Also among the participants of ODESSA CLASSICS are popular Ukrainian artists and talented creative youth from Odessa and the other cultural centers of our country.

The annual opening of a festival is preceded by a thematic exhibition of one of the leading Ukrainian painters, and the readings from famous modern writers and poets takes place in the Literary museum.

On an equal basis with classics the festival is a scene for new creative art forms, modern music and informal approach to concert tradition.

One of the milestone events of ODESSA CLASSICS is the grandiose free open-air concert. Thousands of people gather under the open sky to listen to delightful music, accompanied by fascinating video installations.